How to re-apply thermal paste on an iMac G5

A few months back, I bought an iMac G5 from Goodwill for $16.50. It was listed as parts/repair with a flashing question mark on boot. When I received it, I found that there was no hard drive installed, so I installed a spare SSD I had. After a few days of fiddling with Open Firmware, I got it to boot from an OSX Leopard USB and I installed OSX 10.5 Leopard on the drive. 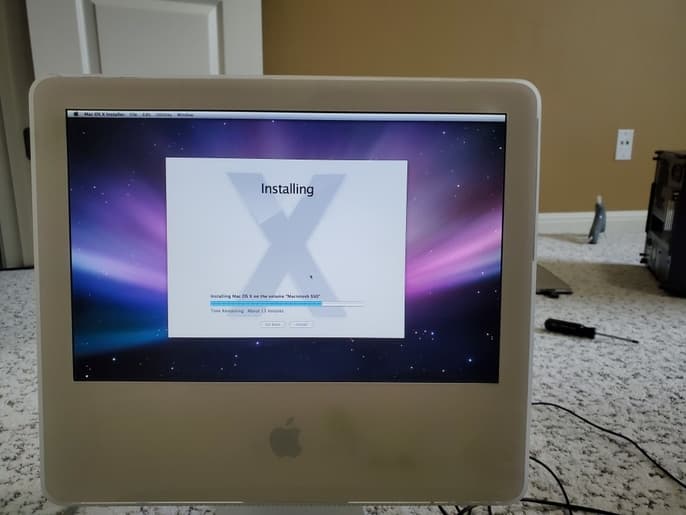 After installing Leopard and making sure everything worked, I cleaned up the dark spots on the plastic case using a toothbrush. Then, I installed a few programs so that it could be more useful today. After this, I was able to use the iMac to do many different tasks, but I quickly found out that it was running quite hot (70 to 75 degrees celsius). Because of this, the fans would ramp up, making a lot of noise. During tasks that used a lot of CPU, the machine would almost become unusable. So, I decided to dust out the computer and replace the thermal paste. Below is a comprehensive guide to removing the logic board and replacing the CPU thermal paste. I hope you enjoy!

NOTE: IT MAY TAKE A LOT OF FORCE TO REMOVE THE POWER SUPPLY, BUT TAKE CARE TO NOT DAMAGE ANY OF THE NEARBY CAPACITORS ON THE LOGIC BOARD 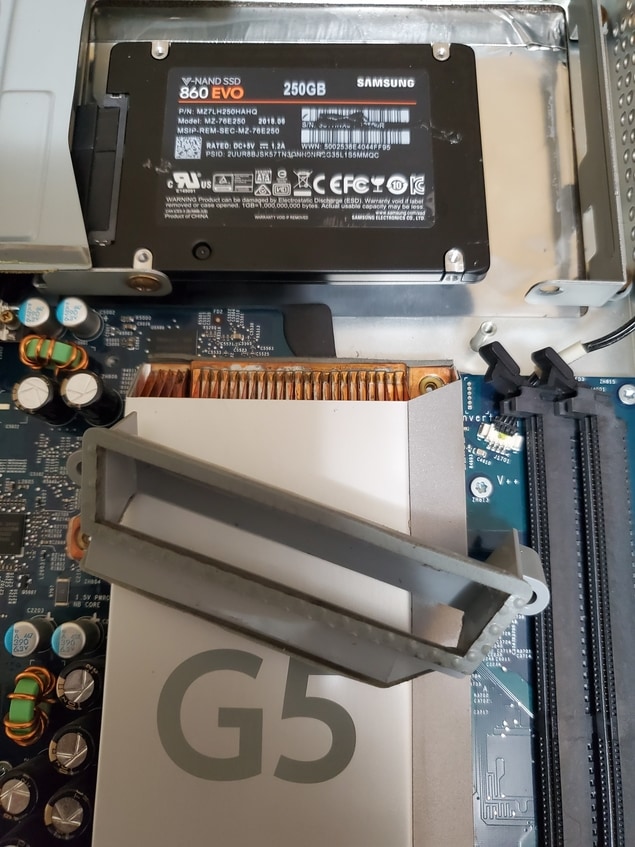 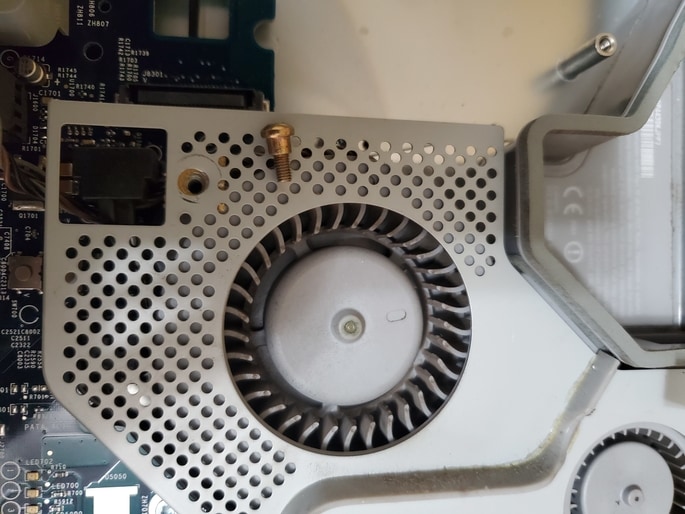 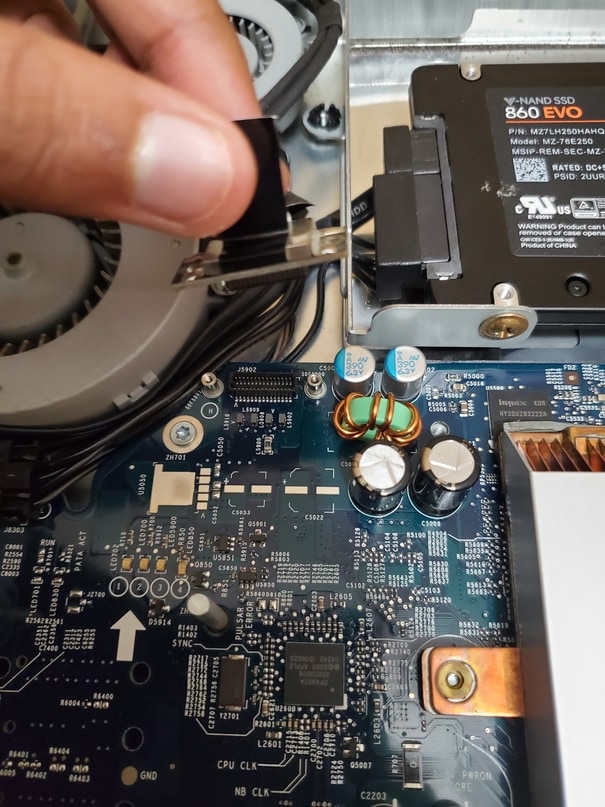 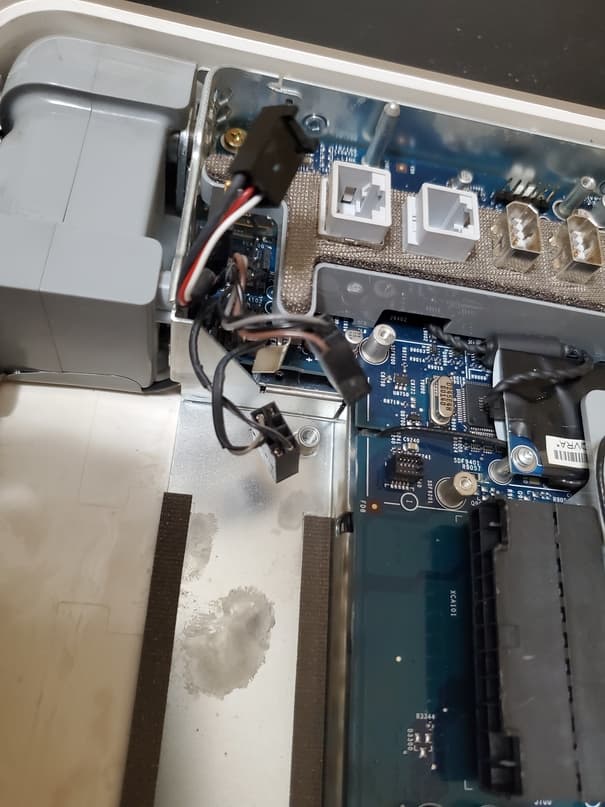 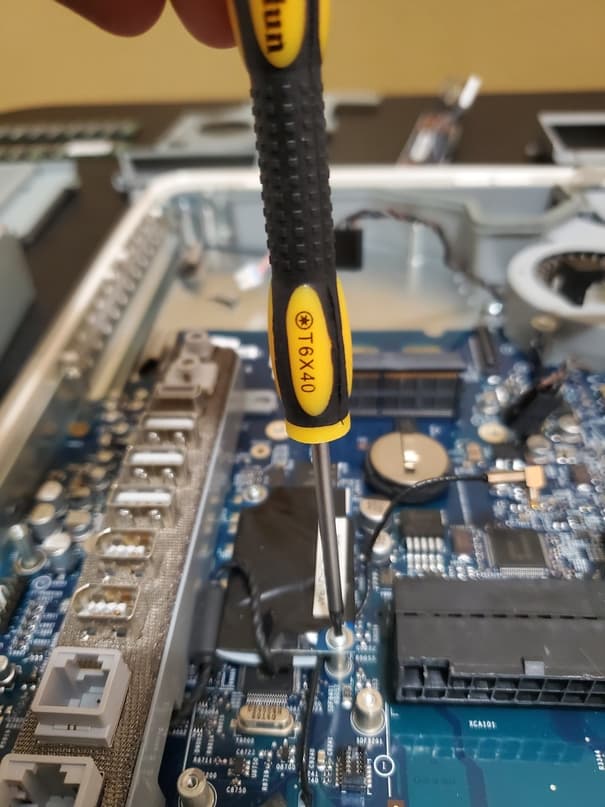 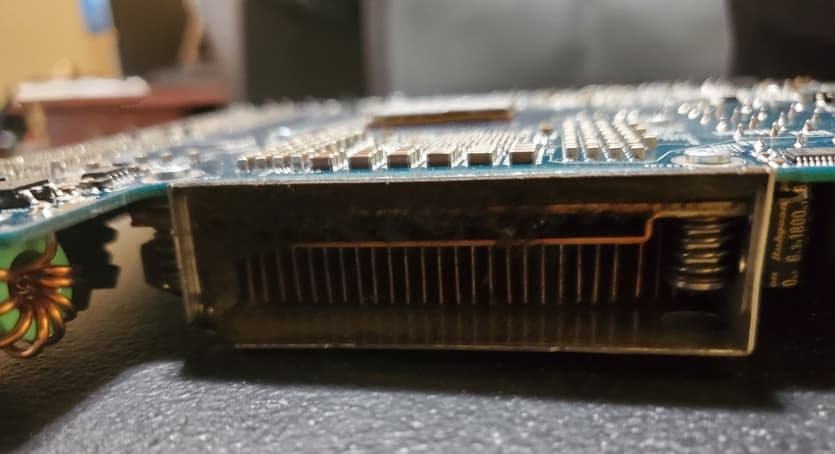 It also may take a while to replace the PSU, so be patient and careful with the components nearby 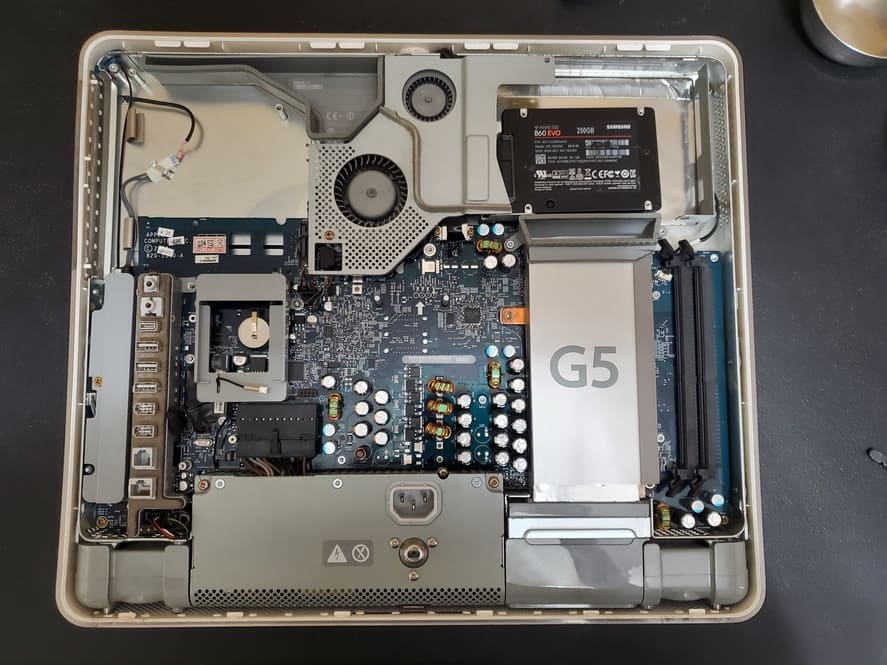 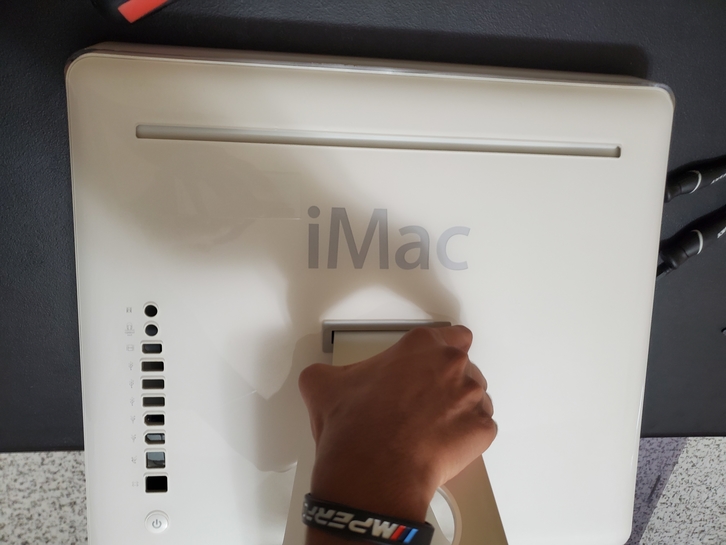 After re-applying the thermal paste and thoroughly cleaning out the fans/heatsinks, I was able to reduce idle temps from ~50 to ~45 degrees Celsius. Under load, the effect was even more profound: temperatures were reduced from ~75 to ~60 degrees. The fans weren't as loud, and didn't kick in as often. During simple text editing and simple terminal work, the system was completely quiet. During tasks like heavy web browsing, watching DVDs, etc, the system was a lot more usable due to lower temps. If you own an iMac G5 and you've never changed the thermal paste, I highly recommend that you do this. It's a fairly straightforward process that yields great results. If you want more posts and/or videos on the iMac G5, make sure to comment down below. Thanks for reading!